Promises for more campsites, expanded trails, and management—with details on Sea to Sky parks to come 2 days ago By: Alyssa Noel 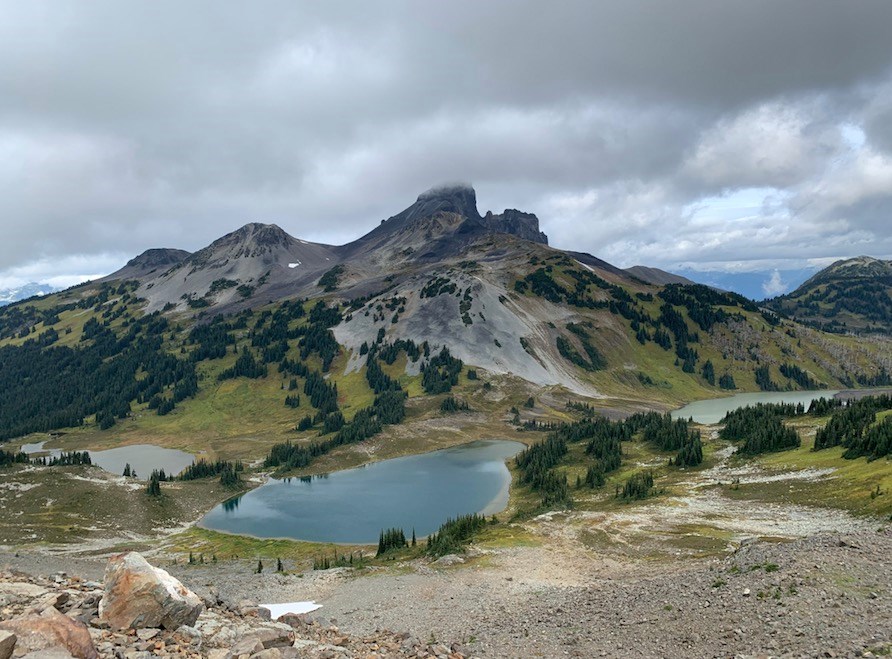 The provincial government has earmarked a record amount of funding for BC Parks over the next several years. Details on how that will impact Sea to Sky parks, like Garibaldi Provincial Park, pictured here, have not yet been announced. PHOTO BY ALYSSA NOEL

BC Parks will add two new summer employment opportunities in the Sea to Sky this year.

A planning intern and an administrative intern will be based at Alice Lake Provincial Park in Squamish for 14 weeks, but “they are supporting parks in the region,” a spokesperson for B.C.’s Ministry of Environment & Climate Change Strategy said in an email.

The jobs will be spread throughout the province with job posts set to go up in the coming days.

Note from the author: 2020 was weird and 2021 is shaping up to be just as unpredictable. It’s hard to know what travel will look like this year for both domestic and international tourism in BC. What I do know is that daydreaming about these incredible riding destinations and making plans for when travel is both safe and responsible is good for the soul and keeps me motivated to ride the trainer in my garage.This episode was produced in August 2020 when BC Covid cases were extremely low, travel was allowed and all pertinent safety measures were taken into consideration from face masks, physical distancing and buckets of hand sanitizer. For updated advise on travel restrictions and provincial guidelines visit the BC CDC website and Tourism Fernie’s Covid-19 travel section. Enjoy, keep dreaming and stay safe out there.

Fernie sits right in the south-eastern corner of BC, nestled in the picturesque Elk Valley. The landscape is classic Canadian Rocky Mountains with emerald rivers flowing through heavily wooded valleys and towering limestone peaks reaching skywards as far as the eye can see. The riding here mirrors the natural terrain with easier green and blue trails generally lower in the valley with the black and double black trails beginning higher in elevation where the mountains become steeper.

The cable of the Sea-to-Sky Gondola near Squamish, B.C., has been deliberately cut in the middle of the night for the second year in a row, leaving the tourist attraction in shambles and its staff completely bewildered.

The thick, downhill cable of the gondola was severed overnight, sending dozens of cars crashing into the mountain around 4 a.m. PT.

General manager Kirby Brown said his phone started ringing off the hook with the news before dawn.

World Rivers Day 2020, set for September 27, commemorates the many values of rivers and encourages river stewardship and conservation around the globe. This massive worldwide event involving up to 100 countries has its roots in British Columbia Rivers Day which celebrates its 40th anniversary.

Vancouver, Canada, September 14, 2020 –(PR.com)– World Rivers Day commemorates the many values of rivers and encourages river stewardship and conservation around the globe – massive worldwide event involving up to 100 countries has its roots in British Columbia Rivers Day which celebrates its 40th anniversary.

Millions of people and thousands of events around the world will mark World Rivers Day 2020, either virtually or physically, on Sunday, September 27 in what has become one of the largest environmental celebrations on the planet. With many of the world’s rivers facing increasing pressures associated with climate change, pollution, and industrial development, close to 100 countries will participate in this year’s festivities.

Since it opened in 2007 , Revelstoke Mountain Resort has held a reputation for its monster vertical (at 5,620 feet of lift-accessed terrain, it’s the longest descent in North America), alpine bowls, rainforest glades, record snowfall and near-ridiculous scenery. But where most resorts also boast thriving summer operations to complement winter skiing, RMR had largely stayed relatively quiet on the summer front, with most warm-season activities centralized on the bottom of the mountain.

Until this year, when it became British Columbia’s newest bike park, giving RMR’s epic terrain a new lens through which to shine.

While rock climbing has long been a popular pastime, many enthusiasts may not realize how many unique and accessible climbing spots the Okanagan Valley has to offer.

Check out these areas for both a socially distanced adventure and a chance to see stunning local views from a whole new perspective.

Closing one park leads to overcrowding at another, warns Port Moody mayor

A pair of Metro Vancouver mayors are worried that restrictions on popular regional and provincial parks are forcing smaller community parks to bear a larger, less physically distanced, load.

Coquitlam Mayor Richard Stewart says the parking lot at Buntzen Lake, which is managed by BC Hydro, will often be closed around 8:30 a.m., when the park isn’t anywhere near capacity.

Stewart says those turned away are then forced to visit smaller parks around the community that aren’t set up to support large crowds.

He also says the province’s day pass system is putting more pressure on small parks because it restricts the number of daily visitors allowed in the more popular provincial parks.

“It would make… better sense to try and spread people out a little bit more rather than making sure there’s almost nobody at the provincial parks,” said Stewart.

“If each of us decides that we’re going to keep our parks absolutely safe, we will end up essentially closing things that should be open as a release valve and other communities will face the effects.”

Port Moody Mayor Rob Vagramov shares many of the same concerns. He says his council is working with BC Hydro and has asked them to allow more vehicles to park at Buntzen Lake, which features a popular beachfront and several hiking trails.

“Overcrowding leads to issues and complaints, which can lead to full-scale park closures,” said Vagramov in a statement on Facebook.

“Due to extreme demand, one park closing down would push demand onto neighbouring parks, which are already stretched to capacity, potentially leading to a domino effect.”

BC Hydro says there are approximately 600 parking spaces at the Buntzen Lake parking lot and about 500 vehicles visited each day over the long weekend, although it adds the numbers vary day to day.

As for how many vehicles it decides to allow into the parking lot, the utility says that all depends on how Buntzen Lake is being used.

If there are more hikers and the beach is empty, it might open the gate and allow more people to enter. But when there are more users on the beach and physical distancing measures need to implemented, BC Hydro limits parking capacity.

“We’re taking a staged approach to reopening our recreation sites that ensures we can adhere to provincial health guidelines and prioritizes the health and safety of visitors,” BC Hydro said in a statement.

On July 27, it became a little bit more difficult to visit six provincial parks in B.C.

The province added a free, day pass pilot project to try and limit the number of people attending the parks during the COVID-19 pandemic.

BC Parks says between 2,700 and 3,000 people got day passes for the six parks in the first four days of the program.

Stewart believes the provincial parks aren’t anywhere near their capacity. “Those parks aren’t as crowded as some of the local parks now,” he said.

BC Parks says managing the number of visitors in popular parks through free day passes keeps parks safe for everyone to enjoy.

“Visitor safety is our priority,” it said in a statement. “[The pilot project] allows us to safely manage the number of people in busy parks to prevent crowding on trails, provide opportunities for physical distancing, and a much more enjoyable experience.”

While BC Parks says the program has overall been well received by the public, it admits that the program is still in the pilot phase and it may need some adjustments.

Both Stewart and Vagramov say they’re hopeful that all levels of government, as well as BC Hydro, can work together to make sure that all facilities are open and available to spread out the crowds.CBC’s Journalistic Standards and Practices|About CBC NewsReport Typo or Error

A consortium has asked the provincial government to allocate $680 million of their planned $1.5 billion recovery package to supporting tourism, a request supported by Tourism Sun Peaks (TSP) and other regional tourism organizations.

“Assistance for the many small businesses that make up the tourism experience is crucial in maintaining a strong product for both the short and long term,” said Arlene Schieven, president of TSP. “If our member businesses are able to access some of this support, then there is a greater likelihood that they will be able to keep their doors open through these uncertain times.”

In June the province asked for input from residents and announced an online survey and series of virtual town hall meetings.

British Columbia is renowned for its lush green forests and sparkling blue lakes, but there’s something else Judith Kasiama has noticed while exploring its trails: a whole lot of white.

From advertising to trail names, the business of outdoor recreation has been criticized for falling short when it comes to representation and diversity and for a culture that has alienated women and people of colour.

Kasiama has been working to change that for the past three years after founding Colour the Trails, a group with a mission to inspire Black, Indigenous and people of colour to get out and enjoy the outdoors.