Jackson Morton loves taking long canoe trips in the Canadian wilderness, but it turns out his favourite paddle has an even bigger appetite for adventure.

The outdoor education major at Queen’s University was working for Camp Hurontario and leading a canoe trip on the Moisie River in Quebec last year when the paddle got away from him during a stretch of rough water.

He “ended up tipping over into a rapid,” he told Ismaila Alfa, host of CBC Radio’s Metro Morning.

“When we popped up the paddle was gone.”

‘I sort of expected it was gone’

A lengthy search failed to turn it up, and as the weeks and months went by, Morton lost hope that anyone would find it.

“Once tripping season was over I sort of expected it was gone,” he said.

It was made in the style of legendary Ontario paddle-maker Ray Kettlewell, with the “perfect balance between the blade and the shaft.” That made it special, Morton said.

But while he mourned the loss, the paddle was on the move, travelling down the Moisie and into the St. Lawrence River.

One year later, Parks Canada employee Kent Baylis was on vacation with his family about 30 kilometres east of Baie Comeau, Quebec.

His girlfriend came back from a walk with some news: she had found a paddle that had washed up on the beach.

That Baylis and his family were the ones who found the paddle is a special stroke of luck, Morton explained to Alfa.

Though he lives in Quebec, Baylis grew up in Ontario, and is “one of the few people who would have recognized what it was,” he said.

Baylis saw Morton’s name and the Fishell Paddles mark, and contacted the company, who posted it on Instagram.

Morton had just popped out of the water after a swim when friends alerted him to post, and “within five minutes I was on the phone with Kent.”

While the paddle remains in Quebec, Baylis hopes to hand-deliver it to Morton the next time he visits family in southern Ontario, and Morton says he’ll be happy to have it back.

The enduring mystery? Where the paddle went during its year away.

“It must have come out of the mouth of the Moisie somewhere near Sept-Iles. Then it would have had to survive the winter,” said Baylis.

“Then it made its way about 150 kilometres further west along the coastline [of the St. Lawrence],” he added.

“It’s pretty rugged terrain… I’m quite surprised it ended up where it did.” 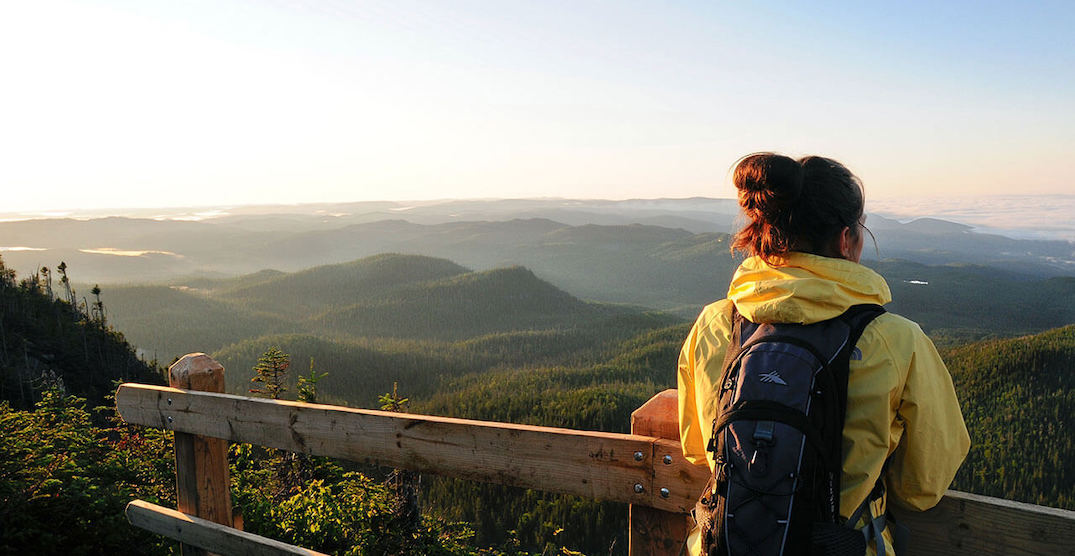 Note: While local parks, shops, and events are reopening throughout the province, Santé Quebec is reminding individuals to monitor their health for signs and symptoms of COVID-19. If you’re not feeling well, they recommend staying home at this time. If you decide to go out, maintain the two-metre physical distancing guidelines and wear a face covering or mask when in public.

Even though Quebec has a different look and feel this summer, its everlasting beauty will always shine despite whether we’re going through a pandemic or not.

If you’re looking for a challenging trek, a trail that leads to majestic waterfalls, or hikes that are surrounded by water, there’s a circuit around Quebec waiting for you.